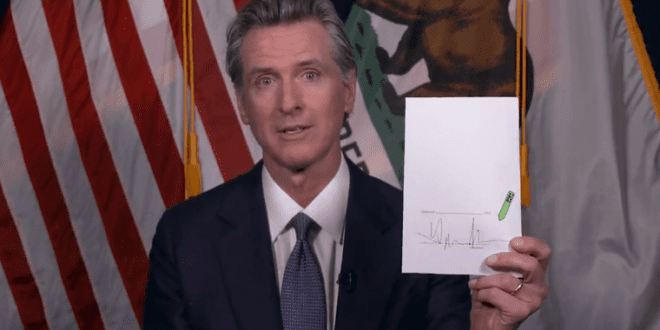 Californians affected by gun violence will soon be able to sue firearm manufacturers and sellers for the harm done by those weapons.

The bill — now a new law — “allows individuals, local governments and the California Attorney General” to take legal action against gun manufacturers and gun sellers, according to a release about the bill.

Gun manufacturers & distributors have been shielded from the mass destruction they cause for too long.

I just signed a bill that will allow victims of gun violence to sue the makers of these deadly weapons & hold them accountable. pic.twitter.com/S0AlrrkhML

Previous Warnock Outraises Walker By Three Times For Quarter
Next Euro Slumps To Parity With Dollar, Last Time Was 2002