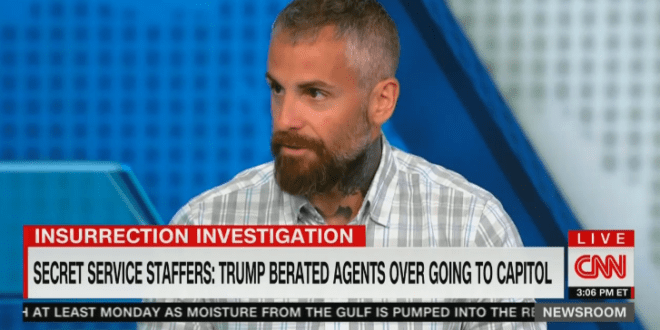 Michael Fanone, who was beaten by rioters and suffered a heart attack during the insurrection while working for the city’s Metropolitan Police Department, told CNN’s Jim Acosta on Saturday that in order to “restore the credibility of the DOJ” the country needs to return to the rule of law, which he said means that no one is above the law, including Trump.

“If there’s probable cause to suggest that he committed these crimes, which I think we’ve seen ample probable cause, he should be arrested. The case should be put before a grand jury, and if they indict him, he should be tried,” Fanone said. Fanone said he does not have “the highest of hopes” that Attorney General Merrick Garland will bring charges against Trump.