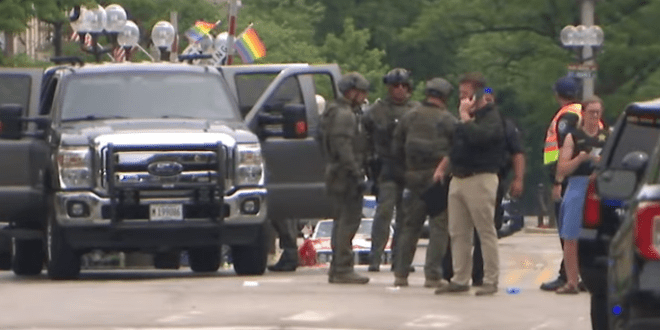 Mass Shooter’s Father: “No Regret” Getting Him A Gun

The father of the alleged Highland Park parade shooter has told ABC News that he is not culpable in the Independence Day attack, in spite of having signed a consent form for his son to apply for gun ownership. “I had no — not an inkling, warning — that this was going to happen,” Bobby Crimo Jr. told ABC News about the Fourth of July attack his son, Robert “Bobby” Crimo III, allegedly carried out in Highland Park, Illinois. “I am just shocked.”

On Wednesday, Illinois State Police announced there will be a criminal investigation into Crimo’s culpability because he sponsored his son’s application for a firearm owner identification card in 2019. “Do I regret that? No, not three years ago — signing a consent form to go through the process … that’s all it was,” said Crimo, adding that he is not worried about potential legal consequences.

Robert Crimo Jr., the father of the alleged shooter in the Highland Park shooting, said he does not regret cosigning on his son’s FOID card back in 2019 — even after an incident in which his son reportedly threatened to kill himself and his family. https://t.co/BaJXYsKL9i

In 2019, Illinois police confiscated a knife collection, which was returned when the father said the knives were his and not his son’s. He not only refers to it as his son’s collection here, but the father says he wasn’t living in the house at the time. https://t.co/C9D1ewuPIV