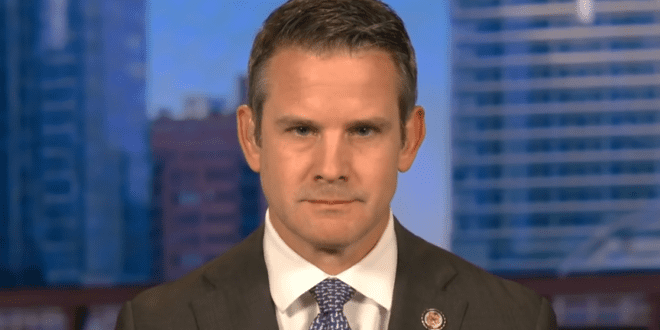 According to Rep. Adam Kinzinger (R-Ill.), former Mark Meadows aide Cassidy Hutchinson’s devastating testimony to the Jan. 6 committee this week — where she revealed the inner workings of the Trump White House in the lead up to and during the Capitol attack — has inspired other witnesses to come forward.

Host Dana Bash interviewed Kinzinger on CNN’s State of the Union and asked: “Since Cassidy Hutchinson’s testimony, have new witnesses come forward to want to speak up?”

“Yes. I don’t want to get into who or any of those details… She’s been inspiring for a lot of people,” Kinzinger said. “This happens every day. Every day, we get new people that come forward and say, ‘Hey, I didn’t think maybe this piece of the story that I knew was important, but now that you guys are talking — like, I do see [how] this plays in here.’”

“Every day, we get new people that come forward.” https://t.co/C7gYbabDlZ

This debate really was filled with a bunch of arm-pit farters and then there was Liz Cheney, the only serious person up there. https://t.co/fXY1knkiYK

Previous Texas AG “Looking At” Fining Corporations $100,000 Each Time They Pay An Employee For Abortion Travel
Next Police Rescue 77 From Nigerian “Rapture” Church