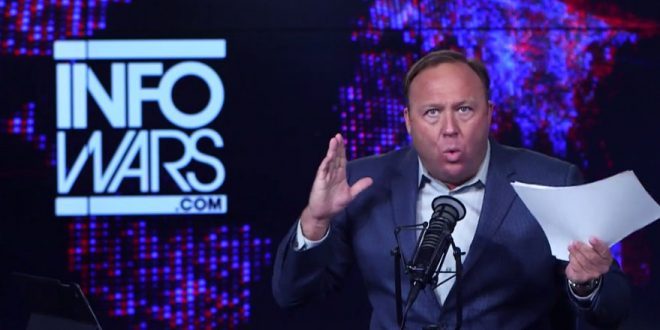 The parent of far-right conspiracy website InfoWars filed for U.S. bankruptcy protection on Friday as the company and its founder Alex Jones face up to $150 million in damages in a trial over longstanding falsehoods he perpetuated about the Sandy Hook elementary school massacre.

Three other companies associated with InfoWars filed for bankruptcy protection in April, but they voluntarily ended their own case in June after failing to secure a settlement with plaintiffs in the Sandy Hook defamation lawsuit. InfoW, IW Health and Prison Planet were the debtors in that case.

Read the full article. Yesterday Jones sued his own parent company is an apparent ploy to delay the trial.

NEW: The parent company of InfoWars has filed for bankruptcy protection as the conspiracy theory website and its founder Alex Jones face up to $150M in trial damages over his lies regarding the Sandy Hook School mass shooting. https://t.co/HzOJHdYg6s