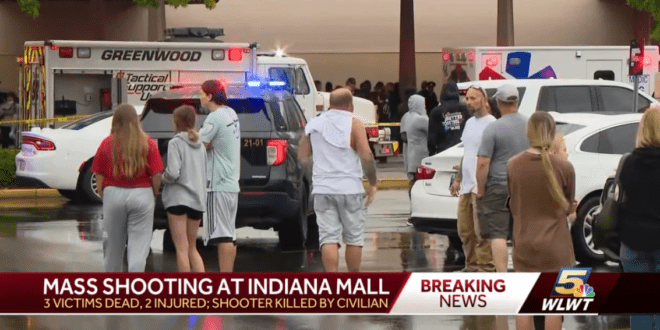 Hours before a 20-year-old gunman opened fire on a food court in a suburban mall near Indianapolis on Sunday, he appears to have posted a grim message on the notorious imageboard site 4chan. “Name is jonathan and today seems like a good day to die,” he wrote.

The post was accompanied by a colorized image of a wedding in Nazi Germany. He also shared a link to the image-hosting site Imgur, which contained several images of himself wearing a white button-down shirt, blue jeans, a face-covering, and posing with two AR-15-style rifles, a handgun, and multiple magazines.

Evidence of the shooter’s presence on 4chan first began circulating online Monday, raising questions about his motive. The infamous anonymous imageboard site has been linked to a slew of ideologically motivated killings in recent years.

The shooter posted “name is jonathan and today seems like a good day to die” and a photo of a nazi couple kissing at a wedding. He then linked to imgur with photos of himself and weapons. https://t.co/164BZAlov7