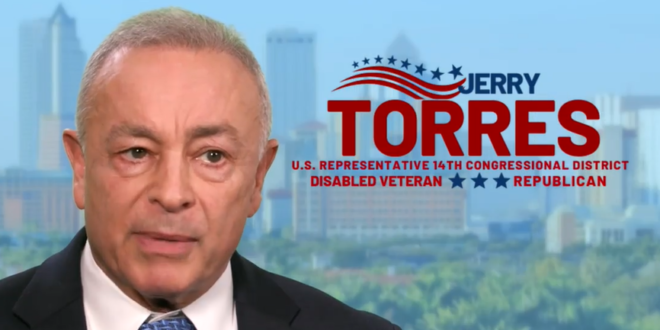 Judge John Cooper ruled in favor of the Florida Democratic Party and others who sued and argued Torres should be disqualified for having qualification papers notarized when he wasn’t present.

Torres, founder and former CEO of Torres Advanced Enterprise Solutions, had committed to spending as much as $15 million in hopes of unseating longtime Democratic U.S. Rep. Kathy Castor.