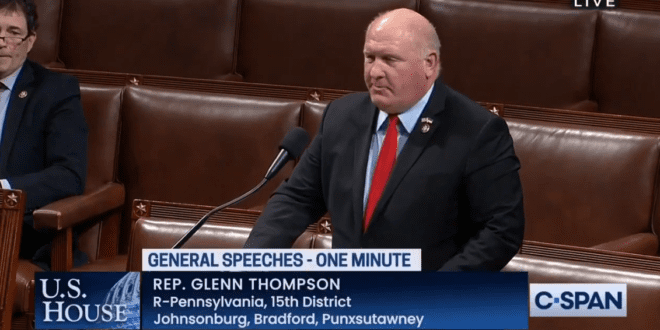 A Republican lawmaker attended his gay son’s wedding just three days after joining the majority of his GOP colleagues in voting against a House bill that would codify federal protections for same-sex marriage.

The gay son of Rep. Glenn Thompson, R-Pa., confirmed to NBC News on Monday that he “married the love of [his] life” on Friday and that his “father was there.” NBC News is not publishing the names of the grooms, neither of whom is a public figure.

Thompson’s press secretary, Maddison Stone, also confirmed the congressman was in attendance. “Congressman and Mrs. Thompson were thrilled to attend and celebrate their son’s marriage on Friday night as he began this new chapter in his life,” Stone said in an email.

GOP congressman who voted against a House bill that would codify same-sex marriage protections attended his gay son’s wedding over the weekend.https://t.co/wdKLTHPqEm