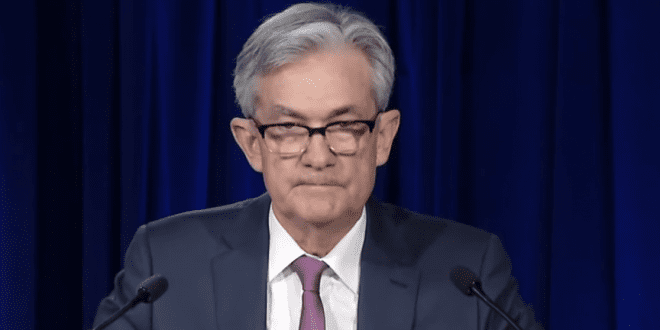 The Federal Reserve raised interest rates by three-quarters of a percentage point on Wednesday, continuing its aggressive campaign to cool rapid inflation even as the economy begins to slow.

Central bankers voted unanimously to make the unusually large interest rate move, and the policy-setting Federal Open Market Committee signaled in its post-meeting statement that more is coming, saying that it “anticipates that ongoing increases in the target range will be appropriate.”

The Fed’s policy rate, which trickles out through the economy to effect other borrowing costs and curtail growth, is now set to a range of 2.25 to 2.5 percent.

BREAKING: The Federal Reserve raised its benchmark interest rate by a hefty three-quarters of a point for a second straight time in its most aggressive drive in three decades to tame high inflation. https://t.co/sIsRWx1z3l