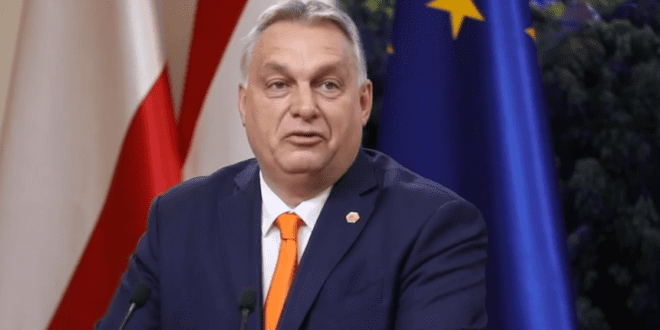 A gathering of US conservatives in Texas next week will still include Hungarian Prime Minister Viktor Orban as a speaker despite his recent comments which prompted a long-time ally to resign from his government and compare his comments to Nazism.

In a speech over the weekend to supporters in Romania, Orban railed against a “flood” of migrants being “forced” on Hungary. He said he wanted to prevent Hungary from becoming a “mixed-race” country, adding that countries with a high level of racial mixing are no longer countries.

“Let’s listen to the man speak,” Matt Schlapp, chair of CPAC, said in an interview at the America First Policy Institute summit in Washington. “We’ll see what he says. And if people have a disagreement with something he says, they should raise it.”

Hungarian Prime Minister Viktor Orbán continued to face a backlash Monday from other politicians and religious groups over his controversial remarks over the weekend denouncing “mixed race” nations.

The comments sparked condemnation from religious groups, with Hungary’s largest Jewish organization saying on Monday it had called for a meeting with Orbán, while the Central European branch of the American Jewish Committee warned his words recalled “dangerous ideologies in history.”

A member of Viktor Orban’s inner circle has resigned after the Hungarian prime minister spoke out against becoming a “mixed race”. Zsuzsa Hegedus, who has known the nationalist Mr Orban for 20 years, described the speech as a “pure Nazi text”, according to Hungarian media.

“I don’t know how you didn’t notice that the speech you delivered is a purely Nazi diatribe worthy of Joseph Goebbels,” she wrote in her resignation letter, according to the Hungarian hvg.hu news website. The International Auschwitz Committee of Holocaust survivors called the speech “stupid and dangerous”.

In the government flagship daily, Magyar Nemzet, an article praised Mr Orban for defending the idea of nationhood against a drive to mix all nations “into a grey, indistinguishable mass”.

Despite comments widely condemned as racist, Viktor Orban will still speak to US conservatives in Dallas next week https://t.co/K4tMoXqhPO

The GOP darling who was not only a speaker at a special Hungarian CPAC, but will also speak at CPAC’s upcoming conference in Dallas, says his people “do not want to become peoples of mixed-race,” and that countries that do are “no longer nations” https://t.co/Acl1y0VsP9

Every GOP leader needs to be asked whether they condemn CPAC for bringing Orban to US.

It’s an outrageous betrayal of American and European interests at this moment of conflict w/Russia.

Extraordinary how GOP continues to find itself allied with Putin’s interests. https://t.co/hJlBCMmfat

And they hail this guy as a star at CPAC. That’s really all you need to know about how twisted American conservatism has become. From Reagan, the champion of Western democracy and immigration, to fascist thugs being showered with adoration. https://t.co/HlIomkWHoq