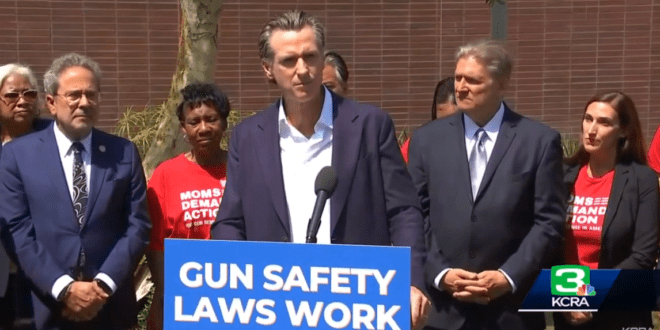 A release from Newsom’s office states that the law will award at least $10,000 per each illegal assault weapon and ghost gun — those made at one’s home to avoid tracing — identified in a lawsuit. Private citizens could also receive at least that amount through lawsuits against dealers who illegally sell to individuals under 21 years old.

The law is based on after a Texas one that allows private citizens to file lawsuits against those who perform, aid or abet an abortion after a fetal heartbeat is detected, which could be as early as six weeks, before many women know they are pregnant.