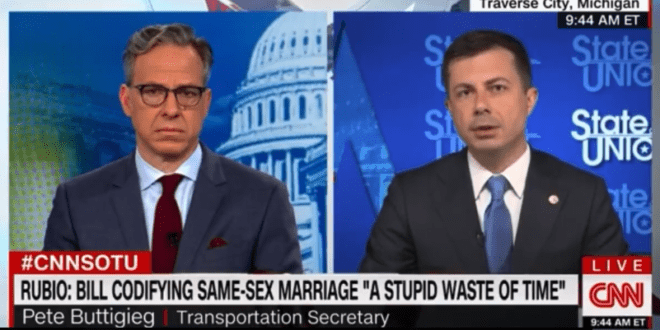 The US transportation secretary, Pete Buttigieg, has delivered an emotional appeal for Republicans to support a law protecting same-sex marriage as it heads for the Senate.

Appearing on CNN’s State of the Union, Buttigieg – the first openly gay cabinet secretary – was asked about dismissive remarks about the Respect for Marriage Act, which also protects interracial marriage, made by Marco Rubio, a Florida senator.

Tapper: Rubio called the bill a stupid waste of time
Buttigieg: If he has time to fight against Disney, I don’t know why he wouldn’t have time to safeguard marriages like mine pic.twitter.com/GdaFII7v5R