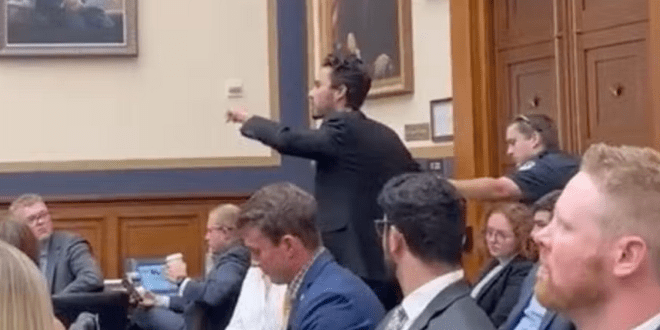 Parkland shooting survivor David Hogg was thrown out of a House Judiciary Committee meeting about gun control on Wednesday after he confronted lawmakers about “reiterating the points of mass shooters”.

Mr Hogg, a prominent gun safety advocate, was sat in the gallery of the meeting when he rose to his feet passionately interrupted proceedings.

“You’re reiterating the points of mass shooters in your manifesto!” he shouted. “The shooter in my high school, anti-Semitic, anti-black and racist. The shooter in El Paso described it as an invasion.”

The guns in Parkland, Buffalo, El Paso, didn’t come from Mexico. They came from the US, and the shooters were inspired by racist, anti-black, anti-immigrant manifestos that rhyme with GOP talking points. pic.twitter.com/0D4QbHvu1t