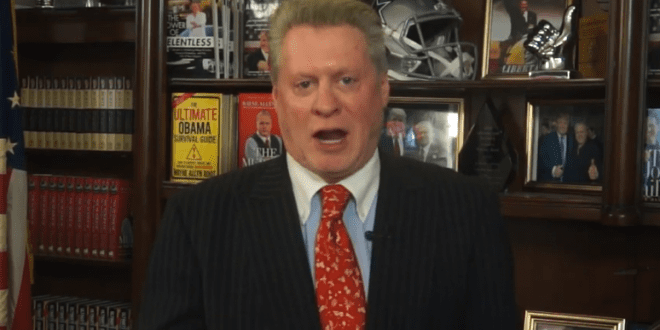 Trump Rally Warm-Up Act: Obama Is Secretly President And Is Controlled By Jews And Chinese Communists

Communist traitors have infiltrated every level of government, society and industry. I believe Obama is now the leader carrying out their plan. He is the “shadow president of the United States” – i.e., operating from the shadows while dummy dementia puppet Biden serves as decrepit front man. And who is giving Obama the orders? The enemies of America – billionaire, meglomaniac, psychopaths George Soros, Klaus Schwab, Bill Gates and the Chinese Communist Party.

This is TREASON. Biden and his handlers are radical communist traitors. They are domestic terrorists and suicide bombers. It’s time to take the gloves off. These people want us banned, censored, silenced, bankrupt, stripped of all property, stripped of all guns, imprisoned for our political beliefs or dead. You can’t compromise with people who want you silenced or dead.

Root last appeared on JMG in February when he called for “mother truckers” to blockade Washington DC, the Super Bowl, and every state capital.

Root was banned by Twitter last year for spreading lies about COVID and the vaccines.

He appeared on JMG in March 2020 when the New York Attorney General sent him a cease-and-desist letter for promoting a fake coronavirus cure.

Root has served as the warmup act at multiple Trump rallies. At one of those rallies his encouraged the audience to fantasize about Hillary Clinton dying in a car crash “Thelma & Louise-style.”

He first appeared on JMG in 2012 as one of the leading proponents of racist birther claims about Barack Obama, seguing later into claims that Obama is secretly gay and never attended Columbia University. (In the above-linked piece he slips up and says he attended Columbia with Obama.)

Treason! The U.S. is run by domestic terrorists and traitors https://t.co/kvCX8AwEp6