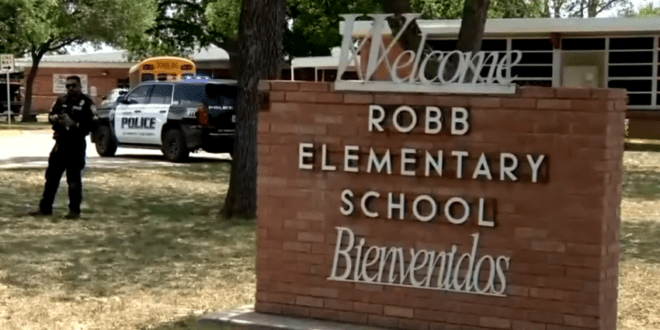 Law enforcement’s response to the Uvalde elementary school mass shooting was “an abject failure and antithetical to everything we’ve learned over the last two decades since the Columbine massacre,” Steven McCraw, director of the Texas Department of Public Safety, said at a state Senate hearing Tuesday.

“Three minutes after the subject entered the west building, there was a sufficient number of armed officers — wearing body armor — to isolate, distract and neutralize the subject,” McCraw said.

“The only thing stopping a hallway of dedicated officers from entering room 111 and 112 was the on-scene commander, who decided to place the lives of officers before the lives of children,” he added.

Mr. McCraw also presented new details, such as the exact time that Chief Arredondo went into the school, at 11:36 a.m., three minutes after the gunman entered the classrooms and began firing.

The timeline also noted that, by 11:54 a.m., a Texas Ranger was inside the school, one of at least 12 members of the State Police who responded between the time when the gunman began shooting in classrooms at 11:33 a.m. and when officers killed him at 12:50 p.m.

The words used by Texas DPS Director Steve McGraw in a scathing evisceration of the police response in #Uvalde, specifically, the on-scene commander.

This is during testimony for special called Texas Senate committee meeting. pic.twitter.com/FUJSaDFvq9

Previous Trump World Plotting To Make Eastman Their Fall Guy
Next Fox Host To Mehmet Oz: Does Biden Have Dementia?