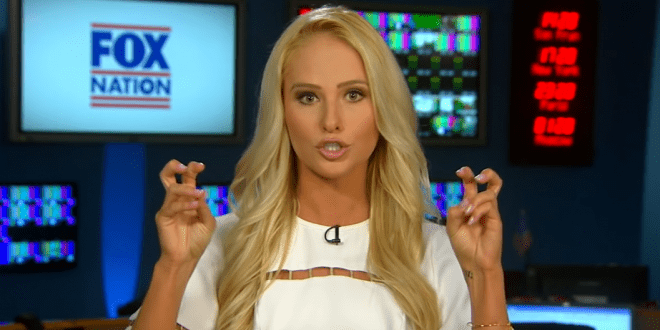 Fox News contributor Tomi Lahren’s attempt to raise up the specter of election fraud seemed to go sideways after the the Los Angeles County Registrar-Recorder corrected her claims about her voter registration status. Lahren has pushed alarmist commentary about mass voter fraud before, and she recently brought it up again while claiming to have received a mail-in ballot for California despite not living in the state anymore.

Lahren has so far not acknowledged her humiliation.

Just received my California voting code and mail-in ballot information…only problem is I haven’t lived in California in over 2 years and have been registered in Tennessee for over 2 years but it’s all good, fraud is a myth 👍🏼

They definitely don’t want MY vote because it wouldn’t be for the dirty Democrats ruining that state!! I just wonder how many illegal immigrants are getting these nifty ballots in the mail…. https://t.co/s92QAEvnNQ

Checked and your registration is INACTIVE due to returned mail and would only be reactivated if you responded or voted signing the oath attesting to your qualifications and residence. Please DM to confirm your data and we will process a cancelation. Thanks!

Good for the @RaysBaseball players who refused to co-sign the woke agenda! Leave that crap on Twitter and drag bars, stop forcing it down everyone’s throat!

Previous Cultist Who Killed Wisconsin Judge Dies In Hospital
Next DOJ Issues Detailed Update On Capitol Riot Cases: Our Resolve To Hold The Rioters Accountable Will Not Wane