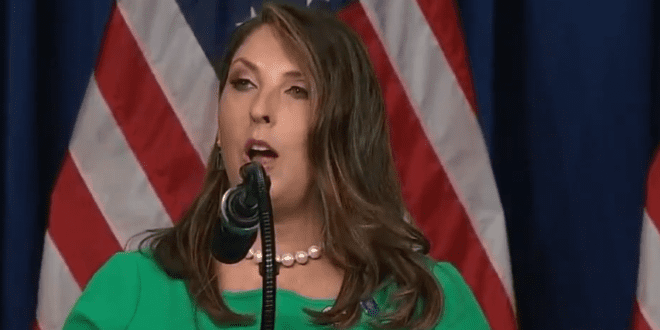 The head of the Republican Party testified to the House select committee that former President Donald Trump called her as part of an effort to use fake electors to support him. The new detail links Trump directly to efforts to put forward rogue, alternate slates of electors in states that he lost, even though his top lawyers in the White House and the campaign knew the approach wasn’t legally sound.

“Essentially, he turned the call over to Mr. [John] Eastman, who then proceeded to talk about the importance of the RNC helping the campaign gather these contingent electors,” Ronna Romney McDaniel, the Republican National Committee chairwoman, said in her taped deposition. “My understanding is the campaign did take the lead, and we just were helping them in that role.”

Notable-> it happened quickly, but the committee showed RNC Chair Ronna McDaniel acknowledging that former President Trump himself was directly involved in the fake elector plot.

Here was the exchange from her testimony: pic.twitter.com/8EFw8SCxvU

IMPORTANT: RNC Chairwoman Ronna MCDANIEL indicated that Trump *called her* (not the other way around) and connected her to John EAstman to help coordinate false sets of electors. Shows Trump’s direct hand in the effort. https://t.co/VRDn6hGjp0

The committee play a clip of Ronna McDaniel’s deposition, in which she said Eastman asked the RNC to help with the fake electors scheme pic.twitter.com/GCaupSo5s8

RNC Chair Ronna McDaniel on fake electors scheme, which she called “contingent” electors: “My understanding is the campaign did take the lead and we were just helping.” https://t.co/TnjeFtmqQd

NEW: RNC Chairwoman Ronna McDaniel reveals the RNC helped the Trump campaign with their scheme to have fake electors meet and cast votes for Trump in states he had lost. #January6thCommitteeHearings pic.twitter.com/rNQptAlreY