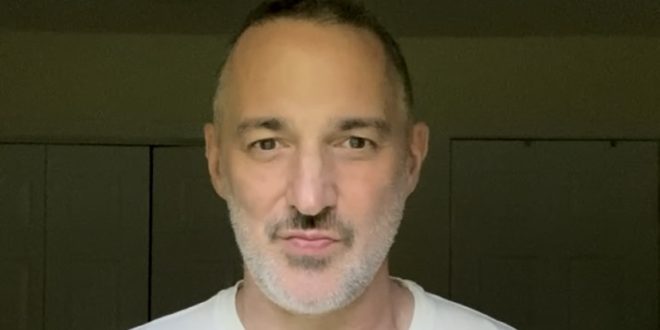 It was 20 years ago today that the Ali Forney Center opened its doors.

I’ll never forget that evening. It was a hot, humid June night. My husband, Raymond, had joined us to cook the first meal for our young people, which only upped the heat within our space in the lower floor of MCC church.

At 8pm we unlocked the gate and our first youths arrived. Terri, Bradley, Roy and three others whose names I’m ashamed to admit have evaporated from my memory.

I remember how some were carrying their belongings in plastic bags, an embarrassing signifier of homelessness for teens who are usually anxious about how others see them.

I remember their palpable relief as they took in the humble space. At last, a refuge from the terrors of the night, a place where their queerness was accepted. Where they wouldn’t have to be on constant guard against homophobic and transphobic assaults.

But I also remember a feeling of terror in the pit of my stomach as I met the young people. We were taking on responsibility for them, promising to house and care for youths who’d suffered unbearable rejection and violence.

What if the Ali Forney Center didn’t succeed? It was a time when no government funds were available to house homeless LGBTQ youths.

Even more concerning, their plight was then unseen by the organizations charged with advocating for the LGBTQ community. We were a small handful of people taking on a huge problem with hardly any money or support.

We have a drop-in center open 24/7 where we offer food, clothing, medical care, assistance with education and employment and a host of other services.

We’ve played a leading role in bringing about an unprecedented governmental investment in housing and support for homeless LGBTQ youths.

Two years ago I stepped down as the leader of the Ali Forney Center, handing it over to my successor, Alex Roque (who’s done an extraordinary job keeping our housing open through the ravages of Covid and moving AFC forward).

Since, I’ve had the great joy of overseeing our endeavor to support groups creating housing for homeless LGBTQ youths in locations from Memphis, Nashville, Kansas City, Louisville, even in the Black Hills of South Dakota!

And we’re offering support to groups around the world, including in Poland, El Salvador and South Africa. I cannot tell you how exhilarating it is for me to meet so many people who are stepping up to protect our most vulnerable youths.

I’ve also been writing a book about Ali Forney, and how their hard life and tragic death inspired the creation of the Ali Forney Center.

Just this past week I connected with a social worker on a nighttime outreach van, who often saw Ali. She told me how Ali slept on a Harlem bench under the Metro North train tracks, and described Ali showing the common signs of sleeping out in the elements—dry, cracked skin, rashes on his neck and scalp.

It was hard to hear. She also said Ali frequently spoke of the daytime drop-in center I directed then, and often spoke of me with love. After our talk I cried.

However, I have to say, it’s been moving—as I write the story of building up the Ali Forney Center and trying to undo the conditions that doomed Ali—to recount so many examples of Joe and the JoeMyGod community coming to our aid.

Whether it was promoting our petitions when Bloomberg and Cuomo sought to cut homeless youth funding, or amplifying our plight when our first drop-in center was destroyed by hurricane Sandy, or the annual floods of generosity that resulted from the Thanksgiving appeals Joe gave us space for, I always felt like we had an army of good hearted bears (and the bear-adjacent) lifting us up, having our backs and protecting our kids.

The JoeMyGod community has been an essential part of our becoming able to provide thousands of youths a home Ali could only dream of. Your kindness has meant the world to me. I am more grateful than I know how to say.

But I’m no longer scared about our ability to protect them. I’ve learned we do not stand alone. For that, I thank each one of you.

For those who wish to offer support, or learn more about the Ali Forney Center’s work, please visit here.

With much love and gratitude, and with warm wishes on Juneteenth,

Previous Canada Agrees To Share UFO Info With US Officials
Next CHATTER AWAY: Overnight Open Thread