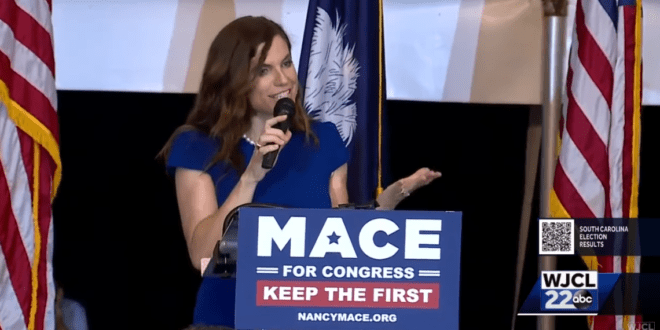 Representative Nancy Mace, a Republican who clashed with former President Donald J. Trump after the Jan. 6 attack, fended off a primary challenge on Tuesday from Katie Arrington, a former state representative who had Mr. Trump’s backing. The race was called by The Associated Press.

Ms. Mace drew Mr. Trump’s ire a few days into her first term after she condemned his role in the attack on the U.S. Capitol on Jan. 6, 2021. His false claims about the election being stolen, she said in interviews, contributed to the riots and “wiped out” the Trump administration’s accomplishments.

Rep. Nancy Mace, a Republican who clashed with Donald Trump after the Jan. 6 attack, fended off a primary challenge in South Carolina. https://t.co/nXGZzD5Cfb

Before we chalk up Nancy Mace’s primary win as a loss for Trump, let’s remember she basically pulled a Night at the Roxbury in hopes he’d change his mind about her https://t.co/RgFJJuBsZa