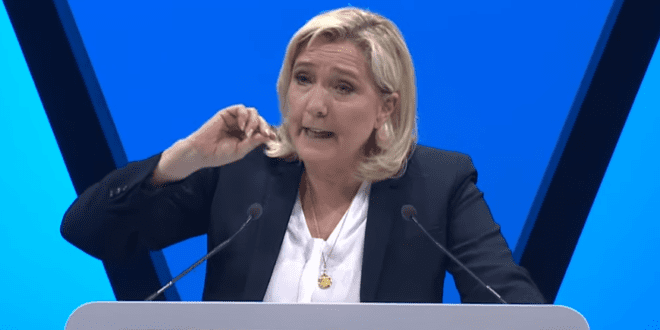 France awakened to an ecstatic Marine Le Pen on Monday after her party’s far-right candidates for parliament sent shockwaves through the political establishment and helped deny Macron’s centrist alliance an absolute majority. It was only a couple of months ago that Le Pen lost the presidential election.

But now it was her turn to gloat, since she knows she can use the seats in the National Assembly to thwart Macron’s domestic agenda and even trigger a no-confidence vote. And she beamed with pride, calling the outcome a “historic victory” and a “seismic event” in French politics.

The far-right has sent a shockwave through France’s political establishment.

Marine Le Pen’s National Rally won 89 of the 577 seats in the National Assembly in Sunday’s parliamentary elections, a dramatic increase from its starting point of just seven.https://t.co/EFOeeAZ3qz pic.twitter.com/7Re9P6sC5b