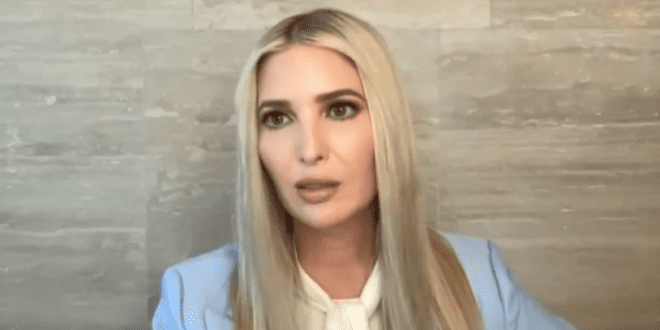 Ivanka Contradicts Her Own Testimony In Interview Clip

Ivanka Trump, the elder daughter of former President Donald J. Trump, told a documentary film crew in the middle of December 2020 that her father should “continue to fight until every legal remedy is exhausted” because people were questioning “the sanctity of our elections.”

The video, which was played for The New York Times by someone with access to it, was part of a trove that the filmmaker Alex Holder turned over to the House select committee investigating the Jan. 6, 2021, riot at the Capitol.

In her recorded interview with the House committee, Ms. Trump said that Mr. Barr’s comments “affected my perspective.” “I respect Attorney General Barr so I accepted what he said,” she said. The committee may release additional video of her recorded testimony.