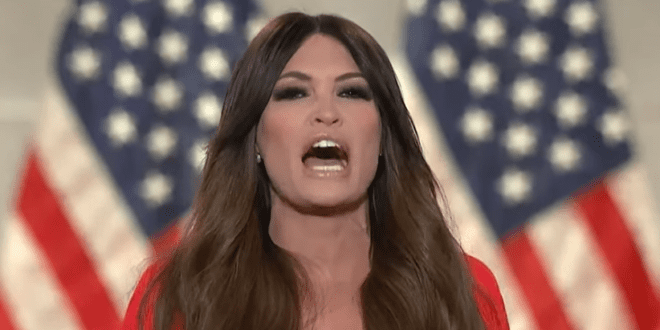 Turning Point Action, a conservative pro-Trump organization, paid Kimberly Guilfoyle $60,000 to introduce her fiancé Donald Trump Jr. in a speech lasting less than three minutes at the “Stop the Steal” rally at the Ellipse in Washington on January 6, 2021. The payment to Guilfoyle was disclosed Monday by Rep. Zoe Lofgren. Lofgren spoke after the committee’s hearing on Monday highlighted $250 million raised by the Save America PAC and Trump campaign.

But those entities did not pay Guilfoyle’s fee. The payment came from Turning Point Action, an affiliate of Turning Point USA, the youth organization started by Charlie Kirk, who is a close friend of Trump Jr. On Tuesday, Lofgren defended her previous comments about Guilfoyle’s fee during an interview with Wolf Blitzer, saying she didn’t think she mischaracterized the payment since it came from part of the network connected to Trump.

Turning Point Action is the group that paid Kimberly Guilfoyle $60,000 for her speech at the “Stop the Steal” rally on Jan. 6. With @KaraScannell and @ryanobles: https://t.co/pnFYTxpuF3

Previous Cheney: Next Hearing Will Focus On Trump Vs Pence
Next CHATTER AWAY: Overnight Open Thread