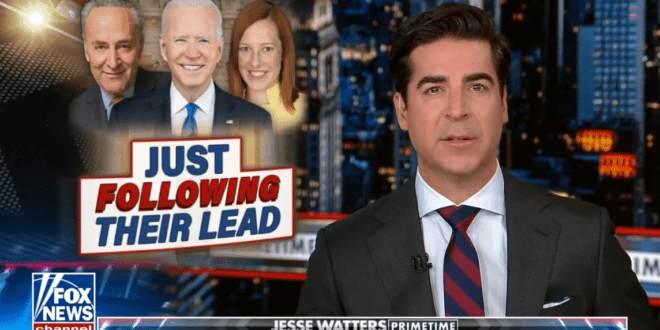 “Today police arrested 26-year-old Nicholas John Roske at 1:30 A.M. He was carrying a bag with a Glock 17, a tactical knife, pepper spray, zip ties, a hammer, a screwdriver, a nail punch, a crowbar.

“Sounds like he wanted to take him out into the woods. Well, it came close to that until he got cold feet when he saw U.S. Marshals with arms guarding Kavanaugh’s house and called the cops on himself, telling them everything.

“He says he was furious over Roe v. Wade possibly being overturned — remember the leak? — and was looking for purpose in his life.

“So he found that purpose by going out and trying to kill a Supreme Court justice. Do you think that idea just popped into his head?

“Or did the orders come all the way from the top?” – Fox News host Jesse Watters, last night.