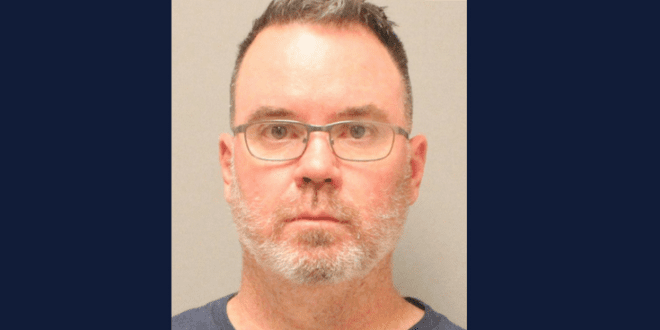 A federal judge declared a mistrial Tuesday in the criminal case against a Colorado businessman accused of laundering money from a bogus charity that milked about $25 million from private donors who thought they were funding the construction of former President Donald Trump’s border wall.

The panel is “hopelessly deadlocked,” U.S. District Judge Analisa Torres announced this afternoon of the jury that has been deliberating since last Tuesday — more than twice as long as the three-day duration of the trial for 51-year-old Timothy Shea [photo] that bookended the Memorial Day holiday weekend.

Jurors who left Manhattan federal court told The Post they deadlocked in the criminal case against Timothy Shea largely because of one panelist who refused to fairly examine the evidence.

“It was like talking to a wall,” juror Lauren Reyes, 19, of the Bronx said about the stubborn panelist, named Roberto. “It was incredibly frustrating,” she added. “We didn’t want to give up on this. It was straight forward.”

As prosecutors and Shea’s defense attorney presented evidence and argued their cases, one juror, Racquel Henry, said she saw Roberto fall asleep a number of times.

On Thursday, the jury wrote Judge Analisa Torres to say a holdout, Roberto, described the case as a “government witch hunt.” They wrote that his beliefs were preventing them from reaching a verdict.

The juror, according to notes, had accused his fellow panelists of being biased New York liberals. The holdout had claimed federal prosecutors charged Shea in Manhattan Federal Court “because they knew people here vote differently.”

The juror asserted that Shea “should have been charged in a Southern state” and “is a good man” who doesn’t beat his wife, the note said. Shea was not charged with domestic abuse.

Damian Williams, the U.S. attorney in Manhattan, said in a statement that he planned to retry the case. The mistrial, he said, “in no way lessens our resolve or belief in the powerful and compelling evidence that we strongly believe proves his guilt.”

Prosecutors said that Mr. Shea had conspired with an Air Force veteran named Brian Kolfage and with Mr. Trump’s former chief strategist, Stephen K. Bannon, to siphon money from the nonprofit We Build the Wall Inc. for personal expenses like home renovations, a luxury SUV and a truckload of Trump-themed energy drinks marketed as containing “liberal tears.”

The group’s advisory board included loyal Trump allies like Kris Kobach, the former Kansas secretary of state, and Erik Prince, the founder of the private military company Blackwater, now known as Academi. Mr. Trump’s eldest son, Donald Trump Jr., said Mr. Kolfage was “showing really what capitalism is all about.”

A juror’s “political bias” prompted a federal judge to declare a mistrial on Tuesday in the case of a Colorado man accused of stealing hundreds of thousands of dollars from the nonprofit group, We Build the Wall Inc. https://t.co/fVN4P9lEmO

The trial of Colorado business man Timothy Shea, accused of ripping off thousands with “We Build The Wall” campaign, ends with a deadlocked jury.https://t.co/ecVPUR03nJ