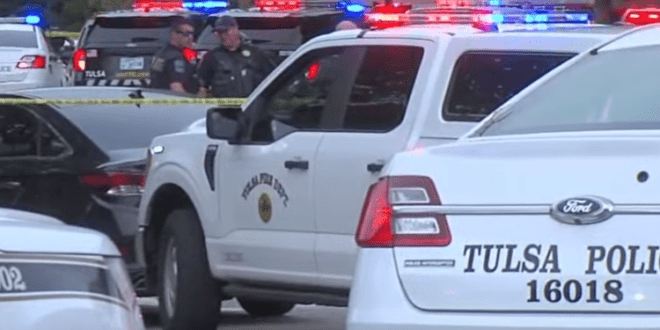 An assault-style weapon found at the scene of Wednesday’s deadly shooting in an Oklahoma medical building had been bought that day, according to three federal sources briefed on the investigation.

A gunman — who was later found dead — opened fire on the second floor of a medical building on the campus of Saint Francis Hospital in Tulsa on Wednesday afternoon, killing four people. Fewer than 10 others were injured, authorities said.

The assault-style weapon was an AR-15 style firearm, a source said. A different weapon — a handgun — was purchased on May 29, a source told CNN.

TULSA HOSPITAL SHOOTING LATEST:
-5 dead including the gunman who died by suicide
-Multiple injured
-Motive not known but he reportedly went in “looking for someone specific”
-Shooter used a rifle and a handgun pic.twitter.com/0VmdzafEv2