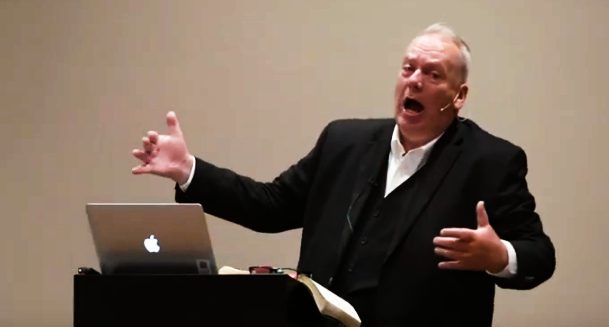 The editor of a conservative publication based in Mountville and a Berks County pastor are planning to hold an event next week exploring whether Pennsylvania should be an “explicitly Christian state.”

The event, at Tied House in Lititz on June 23, features Joel Saint [photo], executive director of the Mid-Atlantic Reformation Society, and Chris Hume, managing editor of The Lancaster Patriot, and is billed as a discussion of “the wisdom of Pennsylvania’s original constitution.”

“Come hear about how Pennsylvania’s original Constitution called for an explicitly Christian state and what that looks like,” a Facebook ad for the event reads. “Can it be accomplished today? If so, should it be attempted?”

Read the full article. Tied House bills itself as a restaurant, bar, and historic event space.

The event is being billed as an exploration of a portion of Pennsylvania’s original constitution which required officeholders to affirm their belief in God. “Can it be accomplished today? If so, should it be attempted?” a Facebook ad for the event asks.