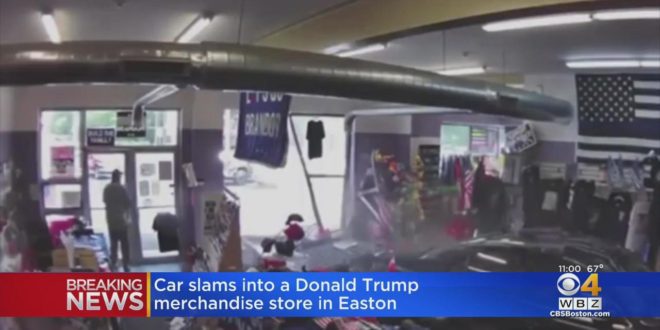 The Volkswagen Jetta plowed into the New England for Trump store on Washington Street about 5:10 p.m., according to Easton police.

The driver, a 46-year-old man from Raynham, Massachusetts, was taken to the hospital after the crash. The man is expected to be okay, Easton police said. One employee was in the store at the time but was not hurt.

The investigation of the crash is ongoing, police said Thursday. They didn’t share what they believe caused to the crash.

Trump cultists such as repeat plagiarist Benny Johnson are claiming that the car had anti-Trump bumper stickers, but the local media so far makes no mention of this.