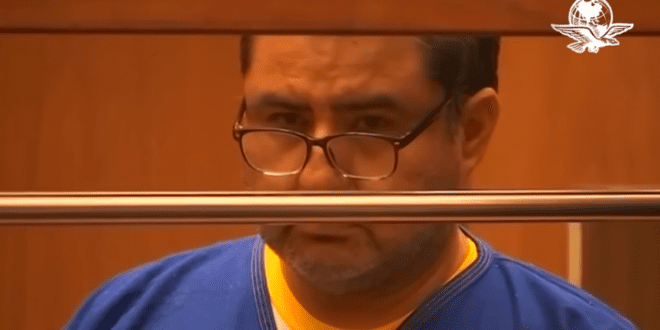 From the California Department of Justice:

The conviction comes just days ahead of trial, which was set to begin on Monday. Sentencing is currently scheduled for Wednesday, June 8 at 8:30 a.m.

“Today’s conviction sends a clear message that sexual exploitation is never acceptable in California. We will hold you accountable if you break the law,” said Attorney General Bonta.

“As the leader of La Luz del Mundo, Naasón Joaquín García used his power to take advantage of children. He relied on those around him to groom congregants for the purposes of sexual assault.”

Today’s conviction is the result of a multiyear investigation and prosecution led by the California Department of Justice.

The investigation, which was launched in 2018, culminated in the arrest of García, Susana Medina Oaxaca, and Alondra Ocampo in 2019 for conduct that occurred over several years in Los Angeles County dating back to at least 2015.

As a result of today’s guilty plea, García has been convicted of two counts of forcible oral copulation involving minors and one count of a lewd act upon a child.

Naasón Joaquín García, the leader of Mexican megachurch La Luz del Mundo, who had been facing child rape and other charges, admitted just days before trial that he sexually abused three girls.https://t.co/4TflSr3FnX