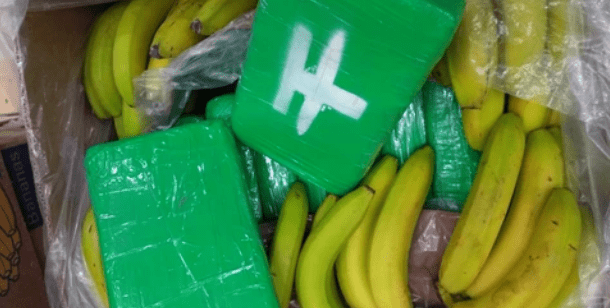 Supermarket workers at stores in the Czech Republic were shocked to find a record haul of cocaine hidden among crates of bananas from Central America.

Police said in total staff found 840kg of cocaine wrapped in green packages stuffed in banana crates sent to supermarkets in the towns of Jicin and Rychnov nad Kneznou in the north of the country.

The seizure, valued by police at £68 million but worth £25 million wholesale, is thought to be the Czech Republic’s largest ever cocaine bust.