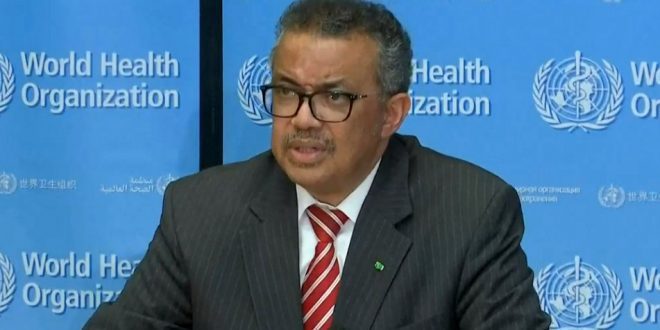 WHO: Monkeypox Is “Moderate Risk” To Public Health

Via press release from the World Health Organization:

Since 13 May 2022, monkeypox has been reported to WHO from 23 Member States that are not endemic for monkeypox virus, across four WHO regions. Epidemiological investigations are ongoing. The vast majority of reported cases so far have no established travel links to an endemic area and have presented through primary care or sexual health services.

The identification of confirmed and suspected cases of monkeypox with no direct travel links to an endemic area is atypical. Early epidemiology of initial cases notified to WHO by countries shows that cases have been mainly reported amongst men who have sex with men (MSM).

Currently, the overall public health risk at global level is assessed as moderate considering this is the first time that monkeypox cases and clusters are reported concurrently in widely disparate WHO geographical areas, and without known epidemiological links to non-endemic countries in West or Central Africa.

Cases have been mainly reported amongst MSM. Additionally, the sudden appearance and wide geographic scope of many sporadic cases indicates that widespread human-to-human transmission is already underway, and the virus may have been circulating unrecognized for several weeks or longer.

The public health risk could become high if this virus exploits the opportunity to establish itself as a human pathogen and spreads to groups at higher risk of severe disease such as young children and immuno suppressed persons.

A large part of the population is vulnerable to monkeypox virus, as smallpox vaccination, which confers some cross-protection, has been discontinued since 1980 or earlier in some countries.

The World Health Organization has said that monkeypox constitutes a “moderate risk” to overall public health at global levelhttps://t.co/FfKwAUNxCO