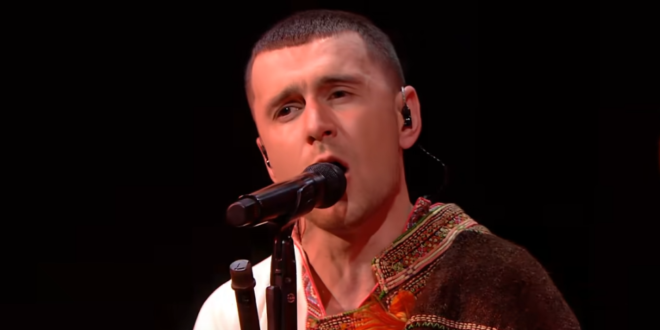 The Ukrainian rap and folk band Kalush Orchestra won the Eurovision Song Contest on Saturday, as European viewers and juries delivered a symbolic, pop culture endorsement of solidarity behind Ukraine in its defense against Russia’s invasion.

After 80 days of fighting that has forced millions from their homes, brought ruin to cities and towns across Ukraine’s east and killed tens of thousands, the band won an emotional victory for Ukraine with a performance of “Stefania,” a rousing, anthemic song.

Written to honor the mother of the group’s frontman, Oleh Psiuk, the song has been reinterpreted during the war as a tribute to Ukraine as a motherland.

Ukrainian President Volodymyr Zelenskyy welcomed the victory, Ukraine’s third since its 2003 Eurovision debut. He said “we will do our best” to host next year’s contest in the devastated port city of Mariupol, which is almost completely occupied by Russian forces.

“I am sure our victorious chord in the battle with the enemy is not far off,” Zelenskyy said in a post on the Telegram messaging app. The 439 fan votes is the highest number of televote points ever received in a Eurovision contest, now in its 66th year.

Eurovision traditionally has been a place where politics were frowned upon, at least in the overt songs . But the war in Ukraine is much on the world’s mind, so Eurovision made a statement right at the top of today’s finals.

The show began with the audience singing “Give Peace a Chance,” the first of many nods to the ongoing combat situation. Later, Laura Pausini, the Italian cohost, used her opening number for a “Peace on Earth” message.

Later, Iceland’s entry had a Ukranian flag on their hands and guitars and shouted “Peace for Ukraine” at the end of their performance. And many delegation held a Ukrainian flag along with their own in the arena’s Green Room section.

The band’s members are all men of fighting age, and had to get temporary permits in order to leave Ukraine for the competition in Turin, Italy. One of them, Vlad Kurochka, or MC KylymMen (which translates to CarpetMan) chose to stay in Ukraine, where he’s been helping to defend Kyiv. The other musicians were planning to return home immediately after Eurovision ended.

Frontman Oleh Psiuk plans to return to the volunteer organization he started called “De Ty” (which translates to “Where are you”). Its roughly 35 volunteers coordinate things like transportation, medicine and accommodations for people across Ukraine, who submit requests via a Telegram channel.

The second video below of Ukraine’s winning song was only released last night and depicts scenes from the war. 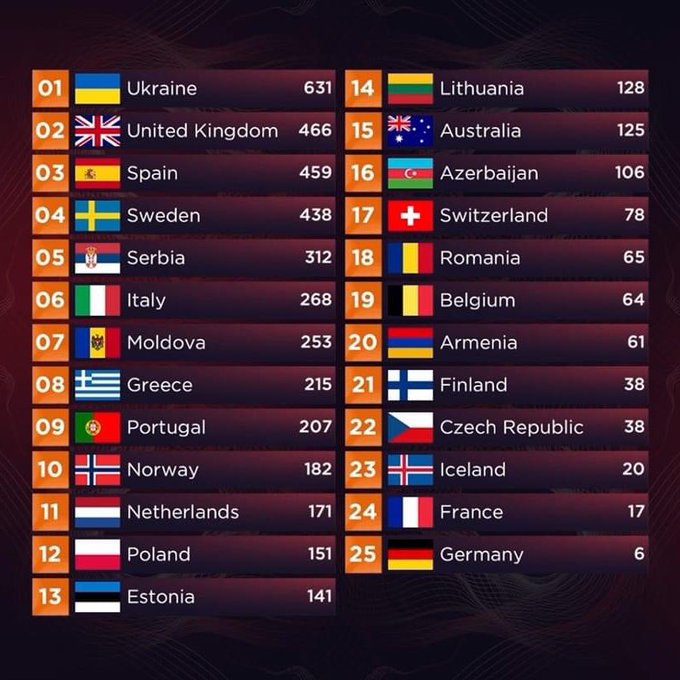