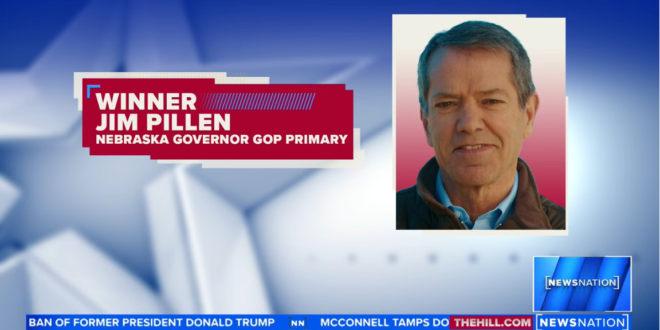 In Nebraska, Jim Pillen has won the Republican primary for governor, according to a race call from The Associated Press.

Riding the endorsement of Gov. Pete Ricketts and much of the state’s GOP establishment, Pillen, a hog producer and University of Nebraska regent, held off rival candidates that included Charles Herbster – a political newcomer backed by former President Donald Trump – and State Sen. Brett Lindstrom.

Pillen’s win is a loss for Trump and the power of his endorsement, which has seemed to push other Republicans in prominent primaries to victory this year.

Herbster has battled accusations that he sexually assaulted multiple women at campaign events over the last few years. “This is probably one of the nastiest governor campaigns in the state of Nebraska, is that true?” said Herbster

Despite the disappointing loss Herbster said he was happy with his campaign said he had no regrets about running for governor.

“I said I would rather take the shot at running for governor and not succeed, then to not have taken the shot and think always what if I would have tried,” said Herbster.

NEW — Charles Herbster, the Trump-backed candidate who is accused of groping 8 women, has lost the GOP primary race for Nebraska governor https://t.co/S5J1Nfp1cg