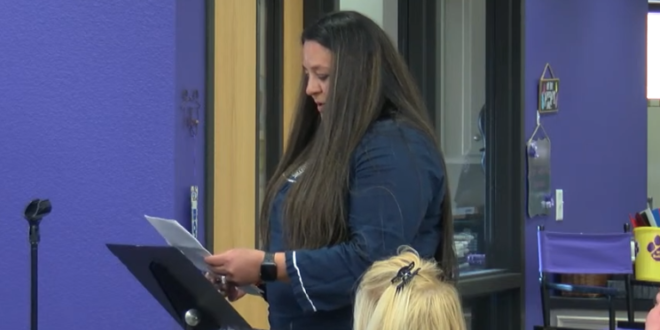 Texas Teacher Claims She Was Fired For Proselytizing

“I should never have to apologize for Christ,” said Nellie Parrish, a fourth-grade teacher at Wylie Independent School District. Now, the 20-year veteran teacher is questioning why she won’t be in a classroom next year. “I had two complaints that were brought up to me from the principal, one was over prayer,” Parrish said. Parrish went on to say she received another complaint about playing Christian music in her class.

“I’ve asked repeatedly why I’m being let go,” said Parrish. “The principal will not answer me.” Parrish said the school would play Christian music in the cafeteria alongside holding a prayer before football games, adding that Joey Light, the district’s superintendent, is known to lead a prayer on the first day of school. “What has happened to us?” Parrish said.”We use to stand for our faith.”

Read the full article. The superintendent says Parrish was not fired “because of prayer or Christianity” and that school personnel matters are not discussed publicly. Parrish’s statement to the school board is cued up below.

(STORY UPDATE) In-Depth: Texas teacher questions if she was fired for promoting Christianity to students https://t.co/HUmrsnVKTU