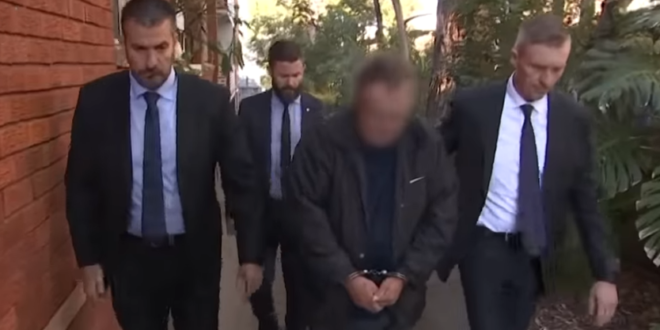 A man told police he killed American mathematician Scott Johnson in 1988 by pushing the 27-year-old off a Sydney cliff in what prosecutors describe as a gay hate crime, a court heard on Monday.

Scott White, 51, appeared in the New South Wales state Supreme Court for a sentencing hearing after he pleaded guilty in January to the murder of the Los Angeles-born Canberra resident, whose death at the base of a North Head cliff was initially dismissed by police as suicide.

A coroner had ruled in 1989 that the openly gay man had taken his own life, while a second coroner in 2012 could not explain how he died. White’s former wife Helen White told the court that her then-husband “bragged” to their children of beating gay men at the clifftop well-known for gay meetups.

Helen said that White had often told her and the couple’s six children about bashing gay men in the past. In 1988, after coming across a photograph of Johnson, Helen said she asked White if he was one of his victims. “I remember asking him if this is one of the gay men he bashed?”

White, according to Helen, replied, “the only good p****r is a dead p*****r”. She recalled that she again asked him: “So, you threw him off the cliff?” White replied: “It’s not my fault the dumb f**k ran off the cliff.” Helen said, she responded: “Well it is, if you chased him.”

Scott Phillip White pleaded guilty to the murder in January after saying for years that he had actually tried to save Johnson but was unable to grab him before he jumped https://t.co/NDh73BYH5I

A man told police he killed American mathematician Scott Johnson in 1988 by pushing the 27-year-old off a Sydney cliff in what prosecutors describe as a gay hate crime, a court heard on Monday.https://t.co/G6dpFkIPUc