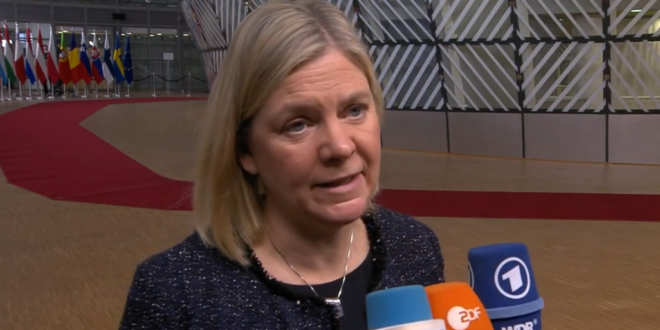 Sweden’s ruling Social Democrats said on Sunday they backed the country joining NATO, abandoning decades of opposition in the wake of Russia’s invasion of Ukraine and creating a large parliament majority in favour of membership.  With neighboring Finland already set to hand in its application, Prime Minister Magdalena Andersson [photo] is now all but certain to launch a formal application within days.

Today the Swedish Social Democratic Party took a historic decision to say yes to apply for a membership in the NATO defence alliance. The Russian invasion of Ukraine has deteriorated the security situation for Sweden and Europe as a whole. https://t.co/UkEcFhfwXZ