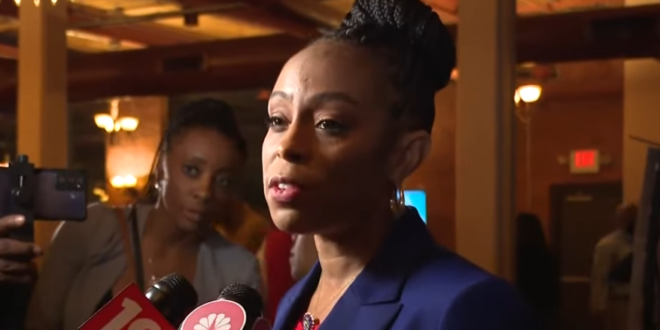 Cleveland’s Turner, who co-chaired Bernie Sanders’ presidential campaign and touted his endorsement, had 36.5% of the votes that were tallied by the time the Associated Press called the race in her favor, compared with 63.5% for Brown, a former Cuyahoga Council member who chairs the county Democratic party and was endorsed by President Joe Biden.

“They rented this district….they bribe and own politicians.” Gracious to the end toward rising Democratic star Shontel Brown.