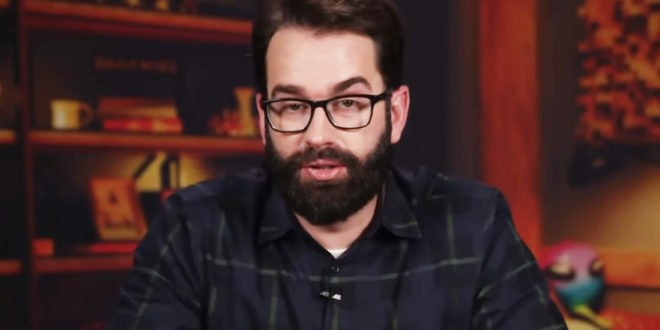 MATT WALSH (HOST): Because although this — I was going to call him a kid but he’s 18 years-old — this man’s ideology is a mess — he’s, again, a lunatic — all over the place, he does mention the so-called great replacement theory.

And this is what they’re trying to hang around the neck of Tucker Carlson, Fox News, really any conservative, myself included.

Because Tucker Carlson and other conservatives have in the past pointed out that the Democrats have been very open about the fact that, you know, they want to minimize what they call whiteness in America.

So, they want to replace, especially white male voters, with voters who they think are going to be beholden to them.

Now, this isn’t a conspiracy theory. There’s nothing wild or speculative about it. It’s just a fact. And one of the ways you know that it’s a fact is the left and the media — The New York Times, CNN — they’ve been very open about it, many times.

So if it is a theory — if the great replacement theory is a theory, then it’s a theory propagated by the left. They’re the ones who go around talking about this supposed scourge of whiteness. What’re we going to do to minimize whiteness?

And how are we going to fight against whiteness? So they say all of that and then on the right, if we notice that they’ve said that and we point out that, oh, they said these things, then we’re the ones somehow responsible for a conspiracy theory.

Walsh last appeared on JMG when he declared that lesbians will cease to exist over the next 30 years.

Walsh also claims that shooting people “is not against the law.” Early this year, Walsh declared that “everybody would be happier” if arranged marriages were mandatory.

If we’re reading this lunatic’s “manifesto” and taking it seriously then what about the part where he says he was radicalized from spending all his time online during the COVID lockdowns? I guess we’re just glossing over that part. Not the conversation the media wants to have.