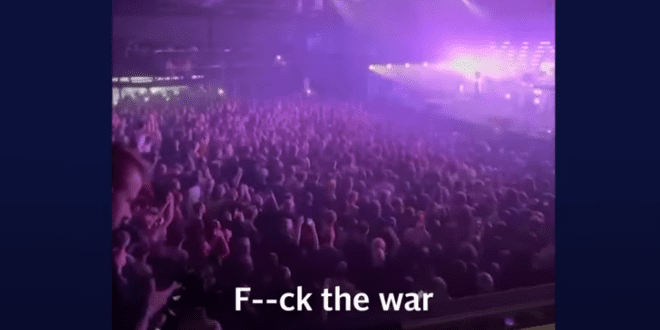 The video, shared on Twitter by the Russian opposition politician Lubov Sobol, shows a large crowd chanting in unison. The concertgoers can be heard shouting “fuck the war” repeatedly in Russian, referring to the ongoing offensive in Ukraine.

The anti-war chanting took place at a concert for the Russian band Kis-Kis at the A2 Green Concert venue in St Petersburg on Friday night.