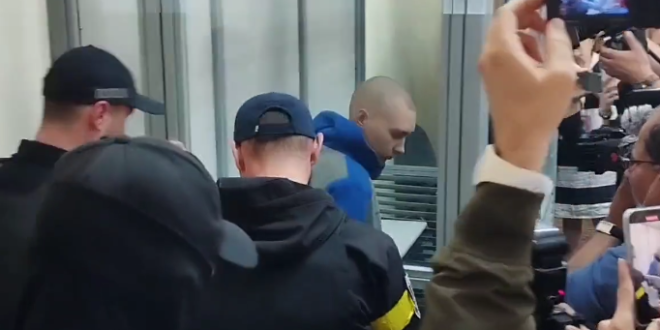 A Russian soldier on trial for war crimes has pleaded guilty to the murder of a Ukrainian civilian during the early days of the invasion. It’s the first such trial since the war began, and takes place amid mounting allegations of atrocities committed by Russian forces.

Sgt. Vadim Shyshimarin, 21, was accused of “violating the laws and customs of war” under Ukraine’s criminal code for shooting a 62-year-old Ukrainian man in the head in the northeastern village of Chupakhivka in the early days of the war. He could get up to life in prison.

The face of the first Russian to be put on trial for war crimes in Ukraine. The 21-year-old has pleaded guilty to murdering an innocent man, 62, while he was riding his bike in northeastern village of Chupakhivka https://t.co/a9IiYVZWE1