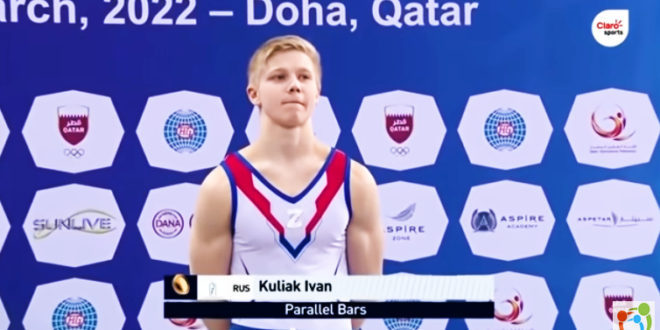 Russian gymnast Ivan Kuliak has been handed a one-year ban for wearing the letter “Z” supporting Russia’s invasion of Ukraine during an event in Qatar in March, the International Gymnastics Federation (FIG) has said.

The 20-year-old, who won bronze in the parallel bars at the Apparatus World Cup in Doha, displayed the letter as he stood on the podium next to Ukrainian gold medallist Illia Kovtun.

Kuliak has also been stripped of his bronze medal and will have to return the prize money of 500 Swiss francs (£404). He has 21 days to appeal against the decision.