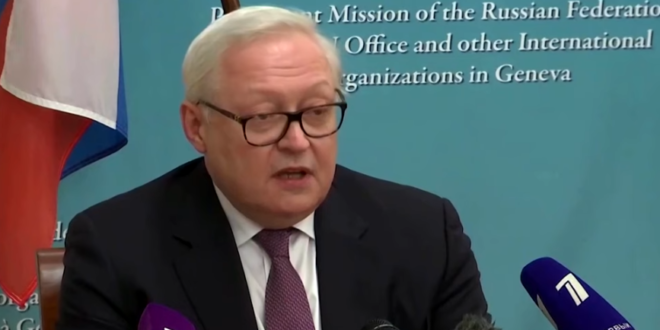 Russia Says It “Won’t Put Up With” Expanding NATO

Russia said on Monday that the West should have no illusions that Moscow will simply put up with the Nordic expansion of the U.S.-led NATO military alliance to include Sweden and Finland, casting the move as a mistake that would stoke military tension.

“They should have no illusions that we will simply put up with it – and nor should Brussels, Washington and other NATO capitals,” Russian Deputy Foreign Minister Sergei Ryabkov was quoted as saying by the state RIA news agency.

Russia has given few clues about what it will do in response to the Nordic enlargement of NATO, saying merely that there would be a “military-technical response”.

Read the full article. In the second clip below from January, Ryabkov says the West has no reason to fear that Russia will invade Ukraine.

“They should have no illusions that we will simply put up with it.”

Sweden and Finland’s move to apply to join NATO is a “grave mistake,” says the Russian deputy foreign minister.https://t.co/h9DKXfMf4o