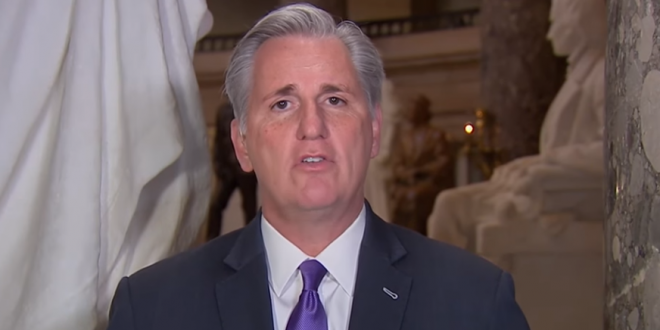 The House select committee investigating the January 6 attack on the US Capitol is taking the extraordinary step of sending subpoenas to House Minority Leader Kevin McCarthy and four other Republican lawmakers who have rejected the panel’s requests to voluntarily cooperate.

In addition to McCarthy, the Democrat-led panel is subpoenaing Republican Reps. Jim Jordan of Ohio, Mo Brooks of Alabama, Andy Biggs of Arizona and Scott Perry of Pennsylvania.

Lawmakers on the panel have been weighing whether to subpoena their Republican colleagues for months, wrestling with whether they had the constitutional right to do so, and debating if they wanted to set such a precedent.

HUGE news: The January 6 committee issues its first subpoenas for members of Congress