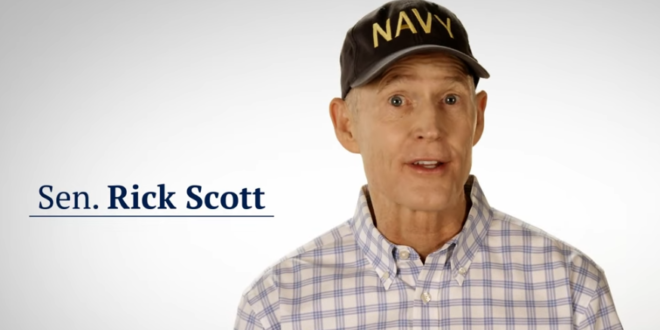 Sen. Rick Scott continues to get plenty of earned media for his “11-point plan to rescue America,” but by the end of the week, he will augment that with some paid commercials allowing viewers to hear the Florida Senator unfiltered.

The new 30-second spot goes after President Joe Biden and is entitled “Biden vs. Scott.” The spot encapsulates the recent back and forth between the President and Scott over the Senator’s policy proposals.

President Biden has invoked Scott’s “ultra-MAGA agenda“ as a cautionary tale of how things could be worse under Republican leadership, as his administration has come under fire for rampant inflation.