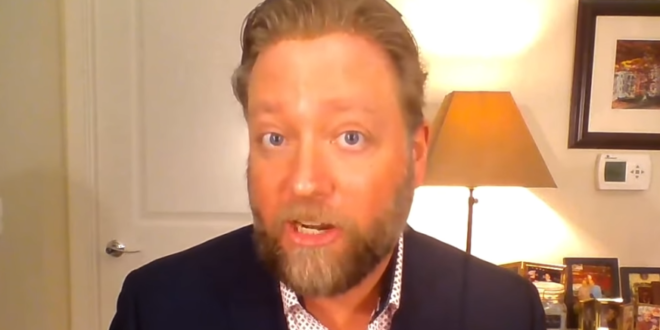 Whether you know it or not, your taxpayer dollars are funding “wokeness” run amok at American Express — and you have the power to turn the tide of this madness at their upcoming shareholder meeting. There’s nothing American about viewing employees primarily by their race — but Un-American Express is doing exactly that.

The time to contact your state pension board to demand they divest from Un-American Express! These kinds of policies will not only inspire more racial resentment, they put at risk taxpayers’ financial futures.

They destroy the merit-based foundation of any successful company and replace it with racial division. Send a message to your state pension board: their responsibility to taxpayers like you requires they divest from Un-American Express unless they reverse racially divisive policies!

The website includes a petition link to harass state officials and doesn’t name the people behind the campaign.

But when clicking their donation link, you see that the money goes to an outfit laughably calling itself the “New Tolerance Campaign.”

From their about page:

No stranger to combating intolerance, as the longtime President of Log Cabin Republicans (2013-2018), Angelo regularly engaged with elected officials, public figures, and the media to promote civil discourse between people of faith and the LGBT community.

You may recall Angelo declaring in 2016 that he wasn’t worried about the GOP attempting to overturn Obergefell, saying, “I don’t lose any sleep at night worrying about marriage equality. It is here, and it is here to stay.”

Under Angelo, the Log Cabin Quislings reflexively backed Trump at every turn and even held their annual gala at his Washington DC hotel. (Under the new head Quisling, last year it was held at Mar-A-Lago.)