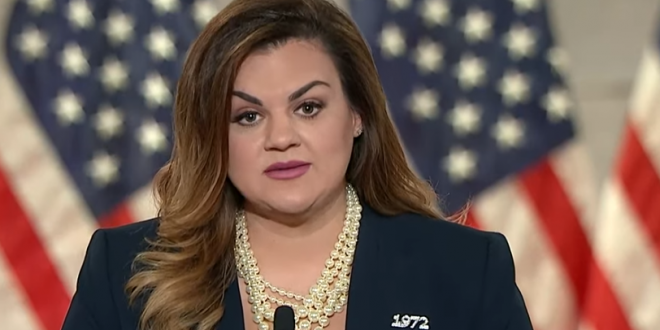 Anti-choice activist Abby Johnson, who spoke at the 2020 Republican National Convention, joined radical right-wing broadcaster Stew Peters on his program Tuesday night to discuss what the future might look like if the Supreme Court overturns Roe v. Wade.

“Abortion is murder, and those who carry it out should be executed,” Peters declared. “This is the most powerful prayer in recent history answered by God for the entire world to watch and witness and see his greatness, his glory, his power. This is a time that we all need to unite. We’re at war. This is a war.”

“Absolutely,” Johnson replied. “We went to war over slavery, right? Why? Because there was a group of people who were seen and treated as subhuman. If there was ever a time, if there was ever an issue for us to actually go to war over—when this becomes illegal, and if these clinics try to remain open and kill these babies, then maybe direct action needs to take place.”

Read the full article. Johnson last appeared on JMG when she declared that in a “godly household” only the husband would have the right to vote.

GOP Convention Speaker Abby Johnson is for one vote per household, cast by husbands. “In a Godly household, the husband would get the final say.” She supports racially profiling her adopted son, because “my brown son is more likely to commit a violent offense over my white sons.”

Anti-choice activist Abby Johnson and radical right-wing conspiracy theorist Stew Peters give a preview of what to expect in a post-Roe America: executions of abortion providers and anti-choice forces starting a civil war. https://t.co/5tPbrwyu2w pic.twitter.com/QZyyVaHXxv