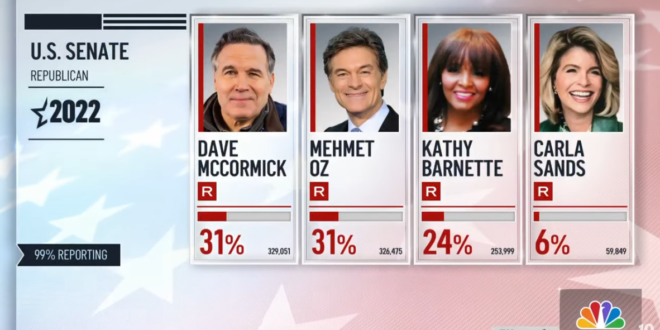 Oz, who was endorsed by former President Donald Trump, had 31.3% of the vote to McCormick’s 31.1%, with 99% of the votes counted, according to the Associated Press. Conservative firebrand Kathy Barnette, who roiled the campaign with a surge in its closing days, lagged with 24.8%.

Pennsylvania law requires an automatic recount in statewide races when the margin is less than or equal to 0.5% of the total vote. Candidates can also request a recount through the courts.

The Trump-backed TV star and the former hedge fund manager are still neck and neck in the GOP primary. https://t.co/gGbtfoYylF