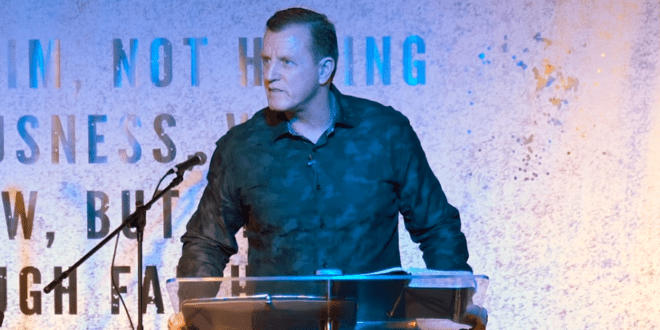 Pastor Confesses To Adultery From Pulpit Then Woman Confronts Him: “I Was A 16 Year Old Virgin” [VIDEO]

A Warsaw, Indiana, pastor who drew a standing ovation from his congregation after telling them he was stepping down because he committed adultery with one person at least two decades ago drew their wrath minutes later after a woman tearfully alleged she was only 16 when the pastor took her virginity on his office floor while she sported a purity ring.

Pastor John Lowe II told his congregation at New Life Christian Church and World Outreach on Sunday that he needed to make the confession because it was the “biblical” thing to do, according to a Facebook Live broadcast shared by Maisey Cook.

Soon after he stepped down from the pulpit, a woman and her husband went to the pulpit to address the congregation. The woman said that what Lowe did was not just adultery but a crime because she was only 16 when he took her virginity in his office 27 years ago.