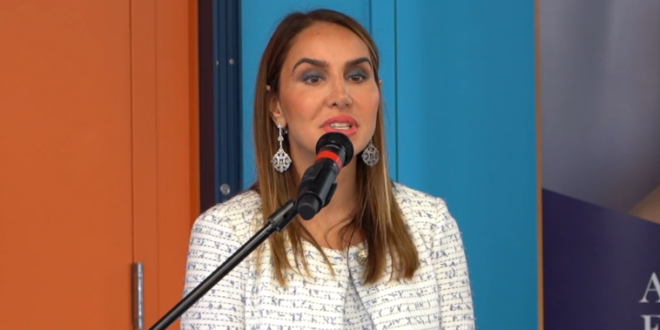 Gov. Ron DeSantis raised more than $10 million in April for his re-election bid, giving him more than $105 million in the bank heading toward next fall’s General Election.Friends of Ron DeSantis’ April haul was bolstered by $750,000 from the Republican Governors Association and 18 other checks of at least $100,000. Most of those checks came from individuals or individuals’ trusts.

According to Variety, “noted philanthropists” Centner and her husband are multimillionaires after selling a company that administers highway tolls. Of note, her donation was at least $100,000. Could be much more.

The latest: Ron DeSantis raises more than $10M in April