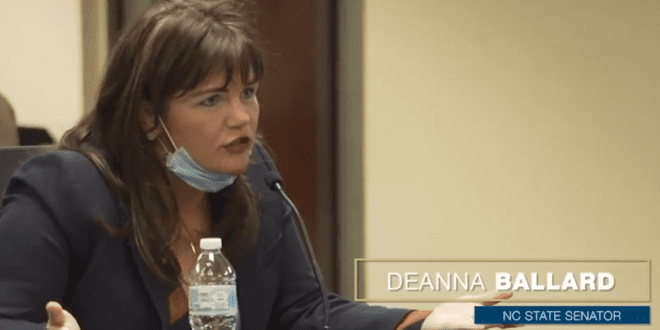 North Carolina Senate Republicans took a step that could have been expected: They are filing a bill that dictates what teachers can say to young children about sexuality and requires them to disclose confidential conversations they have with students about gender identity and sexuality.

If Republicans do pass this bill or something like it, there’s a strong possibility it would be vetoed by Gov. Roy Cooper, and Republicans don’t have votes by themselves to override. However, this does create a political debate leading up to elections in November.

The new bill’s parental notice section generated concerns among opponents Tuesday that LGBTQ students, afraid of how their parents would react if they find out about their sexual identity, could no longer turn to trusted teachers for guidance.

What if a parent is abusive, state Rep. Allison Dahle, one of the legislature’s few openly LGBTQ members, said after the bill was announced.

“Is the teacher going to be responsible for the child’s beating,” said Dahle, D-Wake. “North Carolina needs to be a safe place for everybody, and this is going to remove that safety net for children.”

“Don’t Say Gay” coming to North Carolina. We must ensure we keep the GOP from getting a veto-proof majority in the NC legislature. https://t.co/cbCvIxsJhh

Today @DeannaBallardNC will host a press conference to unveil a Parents’ Bill of Rights!

It will “enumerate the rights of parents to direct the upbringing, education, healthcare, and mental health of their children.”#parentalrights #SchoolChoice #ncleg #ncpol

Join us at our next Bold & Courageous Event in Banner Elk on Thursday, May 12th with @DeannaBallardNC