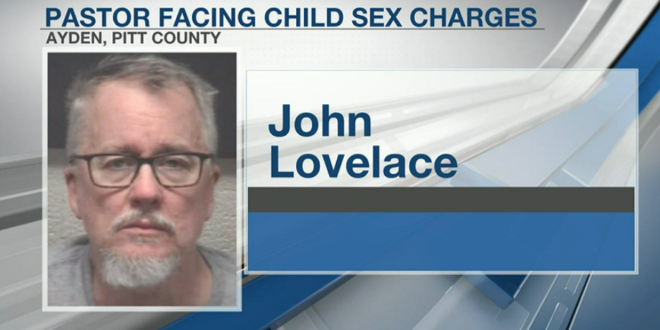 The pastor at Faith Baptist Church in Ayden was charged by Winterville police with four counts of second-degree forcible sex and three counts of sexual battery. The 66-year-old was booked into the Pitt County Detention Center on a $12.4 million bond. 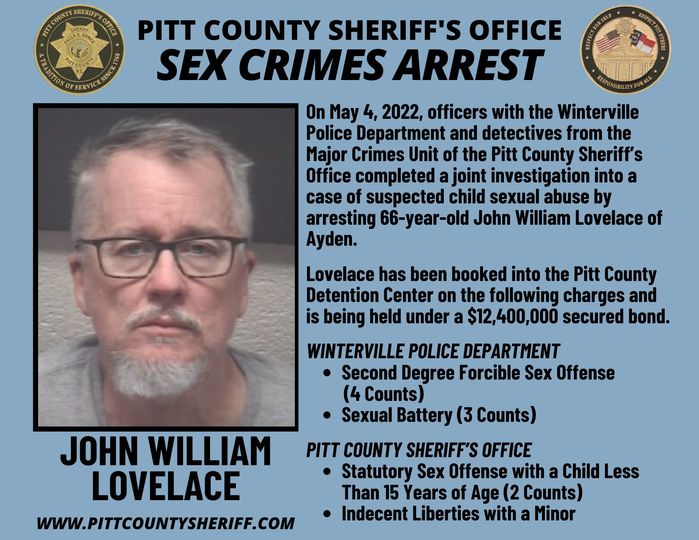